Canadian hockey stars were not immune to the call to duty when the First World War erupted in 1914. In fact, the strong young men who made up teams across the country represented the prime demographic for potential soldiers and helped promote the war as the ultimate game an athlete could play.

Developed in partnership with the Hockey Hall of Fame in Toronto, the new exhibition Hockey Marching as to War: The First World War and a Century of Military Ties to the Game recounts how the First World War impacted hockey players and transformed organized hockey during and after the war. 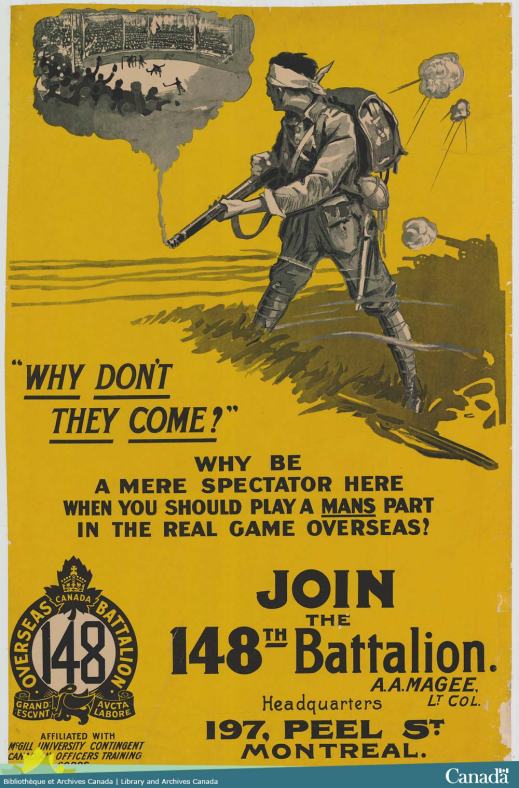 The 228th Battalion (Northern Fusiliers) was formed in 1916 and fielded a battalion hockey team who played for the National Hockey Association (NHA). The battalion included 12 professional or semi-professional hockey players. Ultimately, the team was a publicity stunt used to encourage recruitment, to boost morale and to deal with the shortage of players in the NHA during wartime.

But when the battalion was eventually called to the front, scandal erupted as it was revealed that some players were promised they would never have to go to war. Those players who went abroad found themselves assigned to a construction unit, building rails for the next two years.

Hockey legend Conn Smythe enlisted in 1915, a week after winning the Ontario Hockey Association championship. Smythe served in the Canadian Artillery, earning the Military Cross, before being transferred to the Royal Flying Corps in 1917. He then served as an airborne observer until being shot down and captured. Despite two escape attempts, he spent more than a year in a German prisoner-of-war camp. Smythe would later go on to become principal owner of the Toronto Maple Leafs. 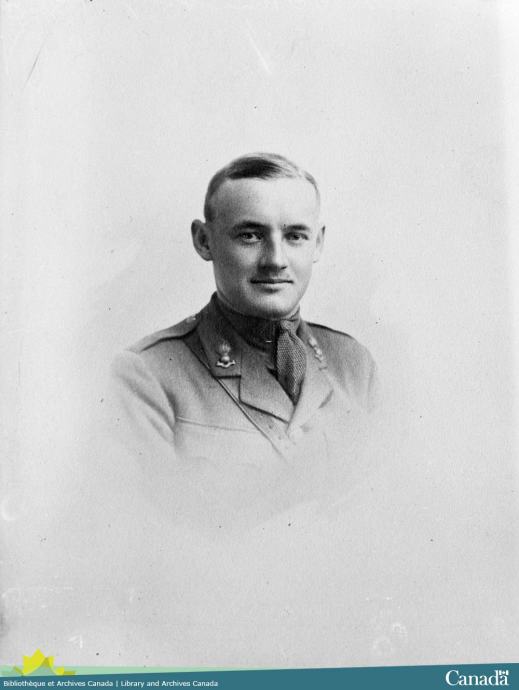 “One-eyed” Frank McGee, as he was known, enlisted in the army in 1914 despite having lost his left eye more than a decade earlier. McGee supposedly bluffed his way through the medical exam by trying to memorize the vision chart with his good eye. The doctor wrote “good” on his medical chart for McGee’s right eye, but left the assessment of his left eye blank—perhaps not wanting to tell the league’s top scorer that he was unable to fight for his country. 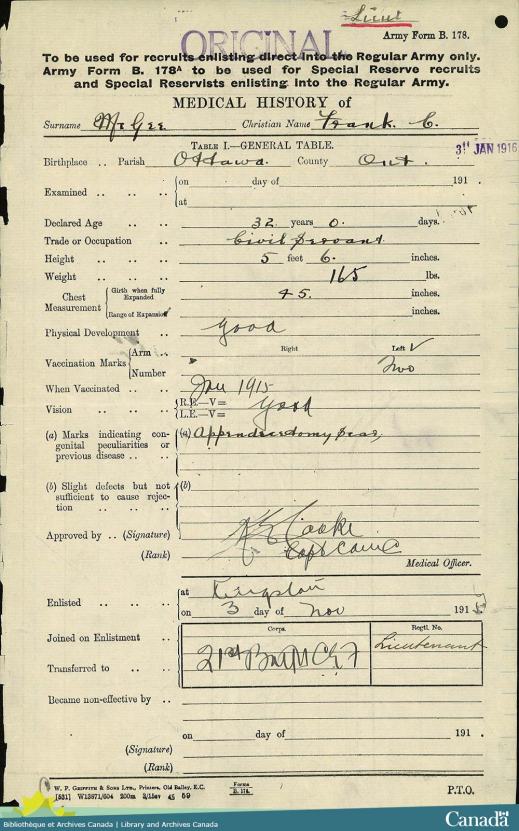 In August 1916, McGee joined the Battle of the Somme and died one month later when he was hit by enemy shrapnel. A passage in his obituary read:

“Canadians who knew the sterling stuff of which Frank McGee was made . . . were not surprised when he donned another and now more popular style of uniform and jumped into the greater and grimmer game of war. And just as in his sporting career he was always to be found in the thickest of the fray, there is no doubt that on the field of battle Lieut. McGee knew no fear nor shunned any danger in the performance of his duty.”

If you’re in Toronto, check out the exhibition at the Hockey Hall of Fame until February 2015!

1 thought on “The greater game of war”