As the second half of the 19th century began, Quebec was entering a period of industrial growth. Montréal, located on one of the largest canal networks in North America, became a strategic industrial centre. The expansion of its seaport, the extension of the Lachine Canal, and the use of water power attracted many investors. Seizing the opportunity, businessmen established a wide range of factories, including foundries, to process raw materials. The Montreal Rolling Mills Co., which specialized in making steel products, became one of the city’s most prosperous firms.

Library and Archives Canada (LAC) has seven metres of documents produced by the Montreal Rolling Mills Co., stored in the Steel Company of Canada Limited archives (R15513). In 1910, this company, created by the merger of five major steel firms (Montreal Rolling Mills Co., Hamilton Steel and Iron Company, Canada Screw Company, Canada Bolt and Nut Co., and Dominion Wire Manufacturing Co.), established its headquarters in Hamilton, Ontario. Property titles, sales contracts, insurance contracts, financial statements and other documents for the management and day-to-day business of the company were archived in Hamilton until they were transferred to LAC in 2006. Most of them are textual records and technical drawings. There are few photographs, but this absence may be offset by the archives of the Dominion Bridge Company, also held by LAC.

Among the most important Montreal Rolling Mills Co. documents are account books, shareholder lists and transactions, minutes of meetings, correspondence between merchants, financial statements, and contracts for the purchase of land and buildings located along the Lachine Canal. The documents make it possible to analyze in detail the industrial changes that took place in Montréal in the 19th and early 20th centuries.

On May 8, 1868, the year after Confederation, several Montréal hardware merchants met in the offices of Morland, Watson & Company to form a new company: the Montreal Rolling Mills Co. 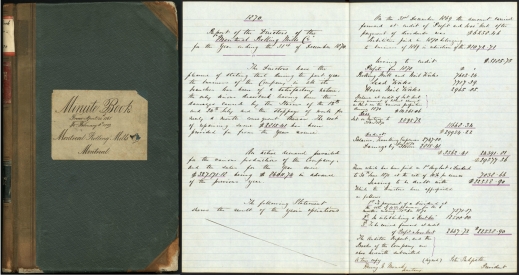 By joining forces, these industrialists were able to secure the capital needed to finance the business, allowing it to invest, expand its facilities and diversify its production.

Thomas Morland was named president, E.M. Hopkins, vice-president, and C.S. Watson, secretary. They were later joined by William McMaster, who took over as secretary and, in 1873, became one of the company’s main shareholders.

Between 1880 and 1900, the Montreal Rolling Mills Co. increased its sales and was producing many of the steel products that Canada needed. The company subsequently opened sales offices abroad to facilitate exports. 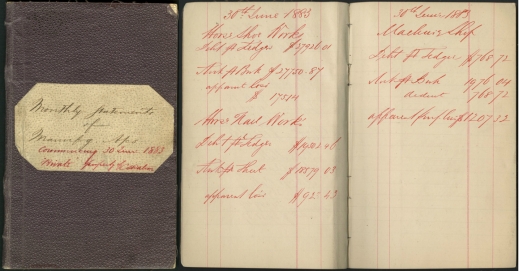 Ross H. McMaster, the son of William McMaster, took over from his father in 1905 and became one of the most important officers of both the Montreal Rolling Mills Co. and, several decades later, the Steel Company of Canada Ltd. His 50-year career in the industry earned him the nickname “Mr. Steel.” 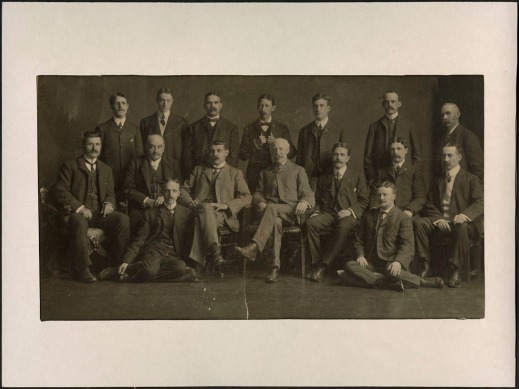 Photograph of attendees at a Montreal Rolling Mills Co. sales conference in 1904, one of the few images where William McMaster (front row centre) is shown with his son Ross (second row, second from left) (MIKAN 4932307)

From 1879 on, the many letters written by executives provide information on the changes and problems that the company faced, and on its sales and transactions, not only with Montréal businessmen but also with those in other provinces and the United States.

William Molson, President of the Molson Bank (R3333), and Peter Redpath, son of the sugar tycoon, helped the Montreal Rolling Mills Co. to increase its share capital, step up its activities and become a large-scale enterprise, as shown in this inventory of its lands, buildings and machinery. 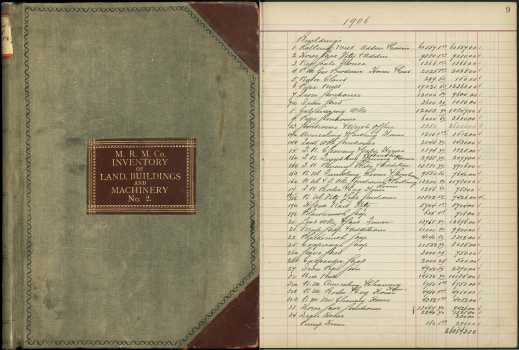 The business leaders were eager to learn about new mechanical inventions and always looking for new processing methods to improve steel quality.

This was an era of great industrial growth, with the introduction of improved blast furnaces, fueled first by coal, then by gas, and finally by electricity.

The many letters written by Ross H. McMaster show these changes and the rivalries that arose among the businessmen as they tried to purchase new equipment. Like its competitors, the Montreal Rolling Mills Co. sought to create new products more easily and, especially, more quickly.

Machinery was becoming more powerful, and industrial growth intensified. The company’s strategic position on the banks of the Lachine Canal enabled it to maintain its output and export its many products. The improvement of inland shipping to the Great Lakes in the late 19th century would be essential to economic development and the expansion of trade to the Canadian West.

Lucie Paquet is a senior archivist in the Science, Governance and Politics Division at Library and Archives Canada.

2 thoughts on “The Montreal Rolling Mills Co.: laying the groundwork for the steel industry”