The final soldier from the Battle of Hill 70 to be profiled on our series, First World War Centenary: Honouring Canada’s Victoria Cross recipients, is Sergeant Filip Konowal, a highly decorated Ukrainian-Canadian who was born on September 15, 1888, in Kutkivtsi, Ukraine. 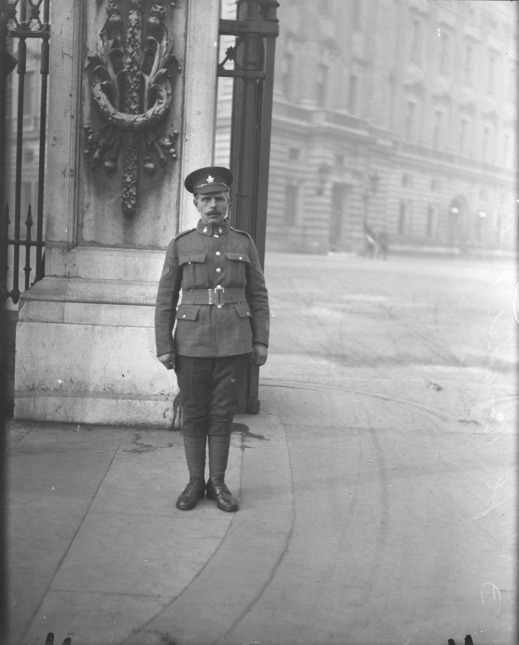 Konowal served in the Imperial Russian Army before immigrating to Canada in 1913. A trained bayonet instructor, he joined the Canadian Expeditionary Force in 1915 and served with the 47th (British Columbia) Battalion, where he was promoted to corporal. Konowal was with his battalion at Hill 70, near Lens, France, when his bravery and determination over the three days of the battle, from August 22 to 24, earned him the Victoria Cross.

While leading his section through the German defenses by clearing cellars, craters and machine gun emplacements, Corporal Konowal both protected his troops and personally fought a number of German soldiers. His efforts did not end there. His citation in the London Gazette tells that:

On reaching the objective, a machine-gun was holding up the right flank, causing many casualties. Cpl. Konowal rushed forward and entered the emplacement, killed the crew, and brought the gun back to our lines. The next day he again attacked single-handed another machine-gun emplacement, killed three of the crew, and destroyed the gun and emplacement with explosives. This non-commissioned officer alone killed at least sixteen of the enemy, and during the two days’ actual fighting carried on continuously his good work until severely wounded.

Konowal was presented with the Victoria Cross by King George V and was promoted to sergeant. After recovering from his wounds, he was assigned to serve as a military attaché at the Russian Embassy in London. He later enrolled with the Canadian Siberian Expeditionary Force.

Sergeant Filip Konowal died in Hull, Quebec, in 1959. He is buried at Notre Dame de Lourdes Cemetery in Ottawa.