British settlers and military personnel most likely introduced rugby to Canada during the early 1800s. Play and competition seemed to be informal until 1864 when F. Barlow Cumberland and Fred A. Bethune at Trinity College, Toronto, codified rules for Canada. The first Canadian match under these rules was held in Montréal between English regimental officers and civilians from McGill University. 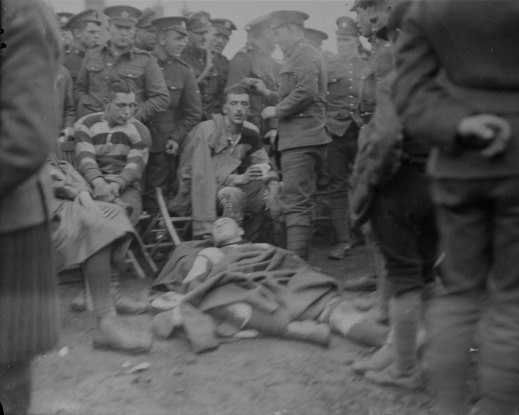 Spectators and injured players on the sideline at the rugby football match between Canadians of Seaford and Witley, Godalming, England [MIKAN 3385975]

Provincial rugby clubs formed across the country where interprovincial play occurred and eventually international competition. Naturally, it was Canada (McGill University) versus the United States (Harvard University) in 1874!

The 20th century saw a continued growth of the sport as international teams visited Canada to play matches. Canada also sent teams to countries overseas such as Japan, England, Ireland, Argentina, and Australia. An important development of the game is the emergence of women participating in the sport. Starting in the early 1980s, clubs formed to play locally and internationally. There are over 30 women’s clubs across the country.