Since its beginnings in 2002 as an Inuit-focused project, Project Naming has expanded to engage all Indigenous peoples to identify photographs in Library and Archives Canada’s (LAC) collection.

The majority of individuals in the images of the collection have never been identified; they are anonymous. Additionally, archival descriptions relating to events or activities are absent or have outdated information (e.g., place names, band names or terminology). The information is based on original inscriptions and captions found on the records, and hence it reflects the biases and attitudes of non-Indigenous society at the time. Since 2002, approximately 10,000 images have been digitized, and approximately 2,500 mainly Inuit individuals, activities and places have been identified.

In honour of the project’s 15-year anniversary, a celebratory event took place over the course of three days in March 2017. It was held at LAC and Carleton University in Ottawa and involved Inuit, First Nations and Métis peoples as well as the general public.

Project Naming’s 15th anniversary event was not only a celebration of all the individuals who have been identified and of partnerships with Inuit communities, but also a celebration of Indigenous cultures as well as a chance to look back at the past to build a better future. Throughout the three days, Inuit, First Nations and Métis Elders shared their knowledge and made important recommendations on the future direction of Project Naming, and on the future of a country where Indigenous peoples are no longer unidentified, silenced and forgotten.

Clément Chartier, President of the Métis National Council, at LAC for the 15th anniversary event of Project Naming, March 3, 2017.

Although Project Naming has taken some important strides in undoing past wrongs, much more work still needs to be done. To mark the 15th anniversary, new official Facebook and Twitter pages for Project Naming have been launched. This greater presence on social media provides a new platform for non-Indigenous Canadians and Indigenous peoples to recount their stories, share their histories and continue the significant work that Project Naming has begun. 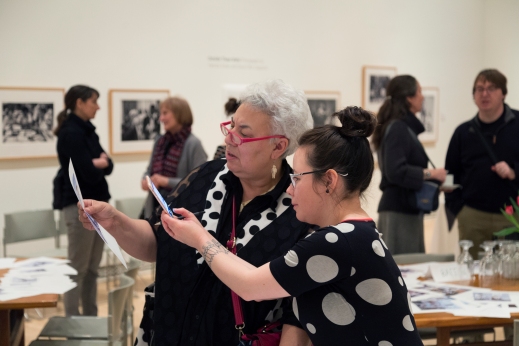 “When you see those pictures, it’s like coming home,” Inuit Elder Piita Irniq declared during the event. His statement indicates just how much power a photograph can have. Project Naming is therefore not simply about identifying people, places and things; it is about regaining what has been lost, finding oneself and being able to return home. Sessions at the event became about more than just identifying names. These sessions were about sharing knowledge, whether about clothing, physical traits, hunting, fishing, trapping, families or traditional ways of life. Most importantly, every photograph in every session was a means of sharing a story or personal memory. 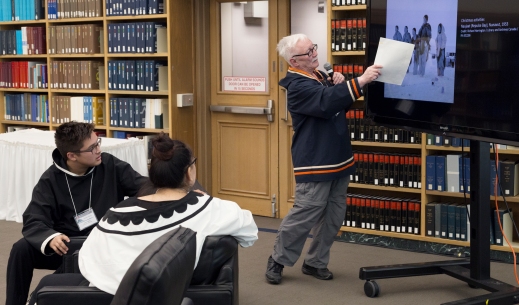 I cannot speak for others, but I had the sense that those who attended the event left with more awareness than when they arrived. It was truly three days of education, an education that every Canadian would benefit from, and one that Project Naming is intended to foster. Every time a face was identified during the event, it felt like a victory, like a difference was being made and an identity restored. Having the chance to watch the Elders identify people and places was remarkable. What was even more incredible was the energy in the air, the feeling of collaboration, respect and reconciliation. Project Naming will continue the meaningful work it has done over the past 15 years; with new partnerships with Inuit, First Nations and Métis peoples, a positive difference will continue to be made. To all those who may not know about Project Naming and how to help, visit the web page and social media accounts, “like” the page, share the photos and help make a better Canada, one where people’s identity will not be erased but will instead be celebrated and honoured. 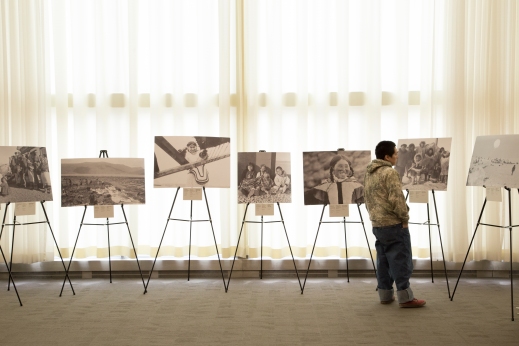 Curtis Kuumuaq Konek at LAC during the 15th anniversary event of Project Naming.

Julie Dobbin is doing her MA in Indigenous and Canadian Studies at Carleton University. She wrote this article during a practicum in the Exhibition and Online Content Division at Library and Archives Canada.

2 thoughts on “Project Naming: celebrating the past and looking to the future”