The story of the lost Franklin expedition is well known to many Canadians. Led by Sir John Franklin, the expedition comprised 24 officers and 110 men and set sail from Greenhithe, England, in May 1845 in search of the Northwest Passage. On board the HMS Terror and the HMS Erebus, the voyage initially progressed relatively smoothly.

The crew made it to the Whale Fish Islands off the coast of Greenland to stock up on supplies, and arrived in Baffin Bay in July 1845. There, the captains of two whaling ships, the Prince of Wales and the Enterprise, saw the crew while waiting for favourable conditions to cross Lancaster Sound. This was the last time they were ever seen.

What happened next is as horrifying as it is legendary. The crews of the Erebus and Terror spent the winter of 1845–1846 on Beechey Island, where three crew members died and were buried. Things would only get worse from there. In September 1846, the ships got stuck in ice off the coast of King William Island, where they remained for the winter and spring of 1847. By June 1847, Sir John Franklin was dead. The remaining crew, now captained by Francis Crozier, spent the rest of 1847 stuck in the ice, unable to continue their voyage.

By April 1848, the Erebus and the Terror were abandoned and the remaining crew set off on foot for the mainland. All the men perished along the way, and it would be years before anyone would learn of their fate.

In the years immediately following the expedition, when no word from the crew was received, the British government made efforts to locate the men, offering rewards for information about their whereabouts or their discovery. The first mission dispatched to search for the Franklin expedition set off in 1848. The mission failed. No sign of the lost men emerged until 1850, with the discovery of their winter camp at Cape Riley and the graves of the men who died during the first winter on Beechey Island. 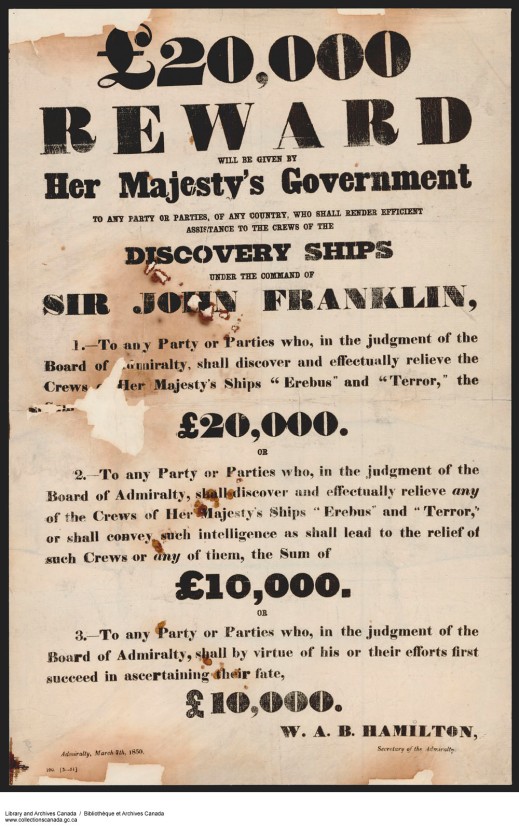 During an 1854 expedition sponsored by the Hudson’s Bay Company, John Rae arrived in the Boothia Peninsula, where he met an Inuit man who told him of a group of white men who had starved to death a few years earlier at the mouth of a large river. After speaking with a number of other Inuit people from the area, Rae was able to identify the Back River as the likely site of the sighting. During this voyage, Rae acquired a number of relics belonging to the lost expedition, including inscribed silverware. 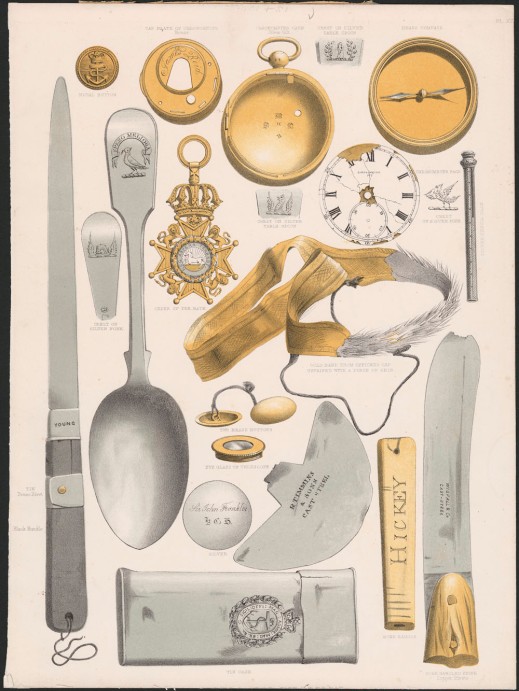 Throughout the years, numerous expeditions sought to locate the lost ships and recover the bodies of the crew. RCMP patrols, intrepid travellers and archeologists attempted to uncover the fate of the men and to locate the abandoned ships. Graves, skulls and countless artifacts were located, but the ships remained hidden. Crews would search for ships, but it would take nearly 170 years for them be found. 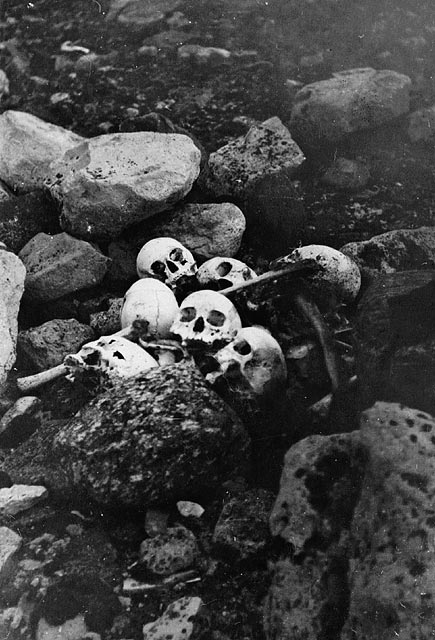 In 2008, the Canadian government launched a renewed effort to locate the wreckage of the Franklin expedition’s lost ships. Working more closely with Inuit historians and local communities, these efforts would soon pay off. In September 2014, the HMS Erebus was discovered near King William Island in the Queen Maud Gulf. Locating this ship, which had eluded so many experts for so many years, was made possible largely because of the oral histories known to historian Louie Kamookak.

Almost exactly two years later, the wreckage of the HMS Terror was located, thanks in large part to Sammy Kogvik, an Inuit hunter and Canadian ranger who joined the crew of the Arctic Research Foundation that lead search and recovery efforts. Without the assistance and knowledge of local Inuit communities, it is quite possible that the abandoned ships might never have been located.

Library and Archives Canada holds a number of archival records relating to the search for the lost expedition, including journals kept by Francis McClintock during his four Arctic expeditions in search of Sir John Franklin between 1848 and 1859.

For more information on the importance of oral histories and Inuit knowledge, David Woodman’s Unravelling the Franklin Mystery: Inuit Testimony is an excellent source (AMICUS 43188964).

For an interactive experience about the plight of the crewmen and the role that Inuit communities played in the discovery of the wreckages, visit the Museum of History’s exhibition, Death in the Ice—The Mystery of the Franklin Expedition, on until September 30, 2018.

Catherine Butler is a Reference Archivist in the Public Services Branch at Library and Archives Canada.

3 thoughts on “The mystery of the Franklin expedition”