Today the Discover Blog remembers Corporal Colin Fraser Barron and Private James Peter Robertson, awarded the Victoria Cross (VC) for gallantry one hundred years ago today during the Battle of Passchendaele, one of the First World War’s deadliest and most decisive battles. 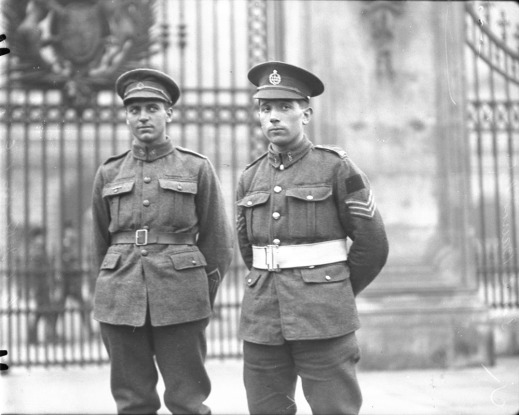 Corporal Barron was born in Boyndie, Banffshire, Scotland, in 1893. He immigrated to Canada in 1910 and enlisted with the Canadian Expeditionary Force (CEF) in Toronto in 1914. Barron was serving with the 3rd (Toronto) Battalion on November 6, 1917, at the Battle of Passchendaele. His unit’s objective was to capture a German pillbox at Goudberg Spur that was blocking the Canadian line of advance. Barron, with a Lewis machine gun, moved around the flank of the German position before opening fire and rushing the machine gun emplacements, killing four of the crew and capturing the remainder before turning the guns on the enemy to the rear. “The remarkable dash and determination displayed by this N.C.O. in rushing the guns produced far-reaching results, and enabled the advance to be continued” (London Gazette, no. 30471, January 11, 1918).

Colin Barron achieved the rank of sergeant-major. He survived the war and served during the Second World War with the Royal Regiment of Canada. He died in 1958 and is buried in the veterans’ section of Prospect Cemetery in Toronto. 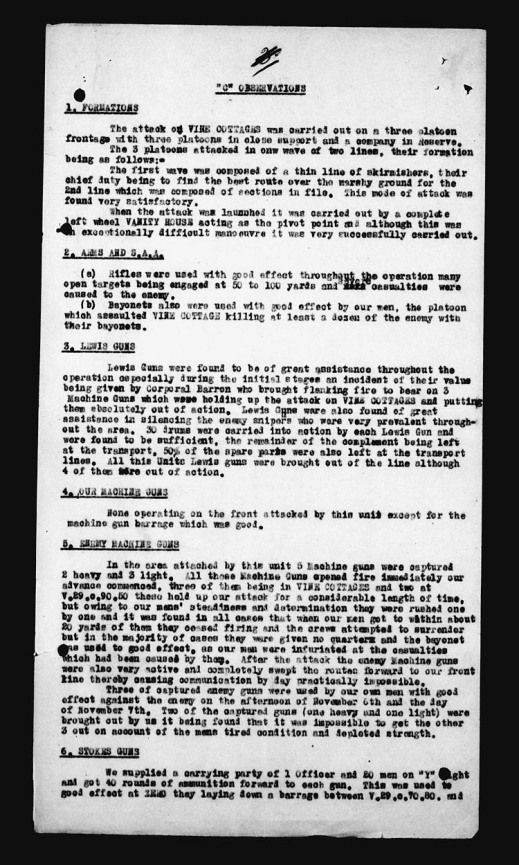 On that same day, Private James Peter Robertson was taking part in the final assault on Passchendaele Ridge with the 27th Infantry Battalion, CEF. Robertson, who was born in Albion Mines (now Stellarton), Pictou County, Nova Scotia, enlisted with the 27th (Winnipeg) Battalion in 1915. When his platoon was held up by barbed wire and machine gun fire, Robertson rushed the German gun. After a hand-to-hand struggle with the crew, he killed four gunners and sent the rest into retreat. Robertson’s citation in the London Gazette tells that, “carrying the captured machine gun, he led his platoon to the final objective. He then selected an excellent position and got the gun into action, firing on the retreating enemy.” Robertson used the machine gun to suppress sniper fire on his unit and, when two Canadian snipers were themselves badly wounded, he ventured out and managed to carry one man back under heavy fire. Tragically, he was killed by a shell as he returned with the second man. Private Robertson is buried in Tyne Cot Cemetery in Belgium. 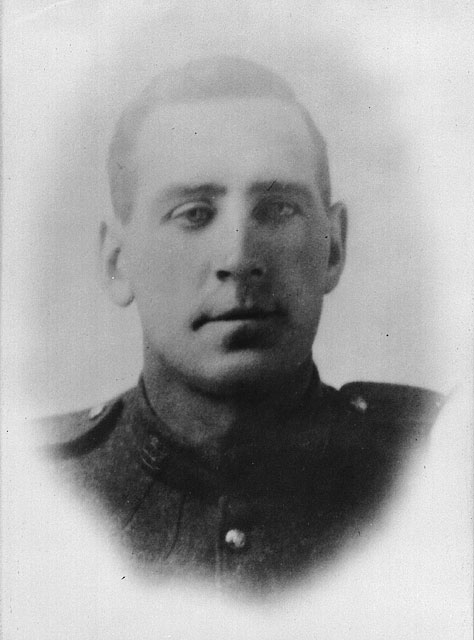