Lunch is the second meal of the day. People in Canada typically eat it around noon, or midway through their workday.

Shipyard workers having lunch in a rowboat on a Victory ship while it is stationed in the Burrard drydocks, Vancouver, British Columbia [MIKAN 3197925]

Brothers Cecil and Charlie Roberts eating lunch about 2.5 miles out under the Atlantic and 800 feet below the ocean floor [MIKAN 3587286]

Meal times are ingrained in societies and seem logical and natural. However, during the 17th and 18th centuries in Canada a longer and more regimented workday was established. As a consequence, people working further from home pushed dinnertime into the evening, creating a longer period of time between breakfast and dinner. The lunchtime meal came along to fill the gap, and lasts to this day. 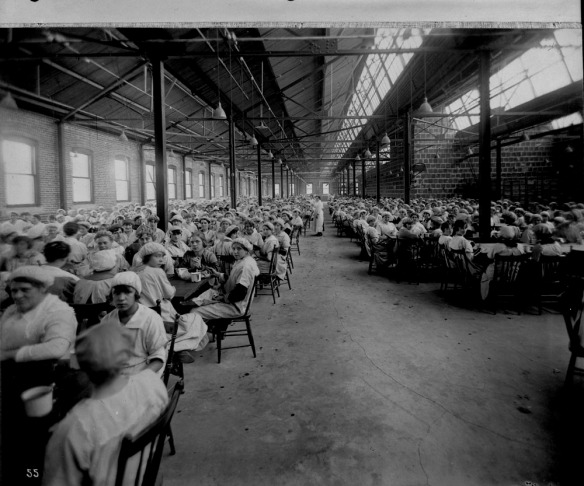 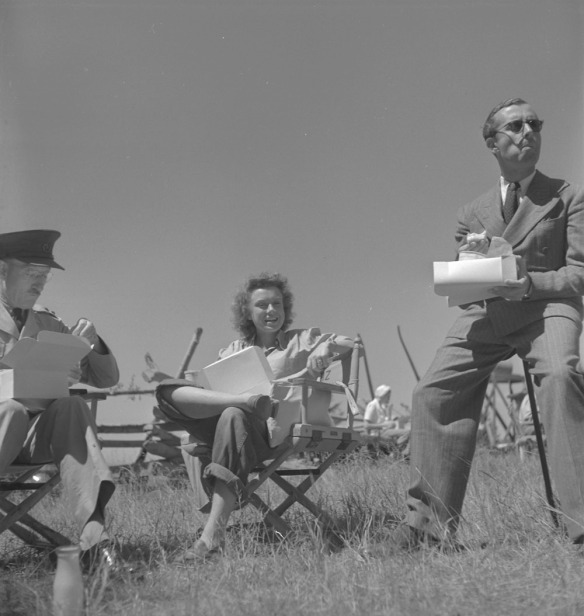 Cast and crew of the film “Captain of the clouds” eating lunch. North Bay, Ontario [MIKAN 4325104]

Canadians typically bring something light and portable to eat at the lunchtime break.