Dolls may be figures of humans, or sometimes animals. They have been used in magic rituals, for religious ceremonies, and as toys for children. Dolls are common across countries, cultures and eras.

Indigenous communities in Canada can trace doll making back many generations. The main differences between them are the materials used, including fur, wood, leather or dried materials. Colonial settlers brought dolls with them from china, cloth and leather. Canadian retailers such as Eaton’s sold imported and locally made dolls from 1900 to 1994, and other retailers continue to sell dolls today.

Mrs. E. Marr, physiotherapist, with Gifford, 2-1/2 years old, at the walking bars in the polio clinic at the Sudbury General Hospital, Ontario [e011175909]

The Canadian doll industry blossomed during the early 1910s and into the 1930s. It competed with toy companies in the United States, as well as others around the world. During this time, companies such as the Dominion Toy Company, Commercial Toy and the Bisco Doll Company closed for various competitive reasons. The longest-lasting domestic manufacturer was The Reliable Toy Company, which eventually ended production in the 1990s. New materials to make dolls, such as plastic and vinyl, appeared between the 1930s and 1950s. These are still used now to make dolls, for toys or for art. 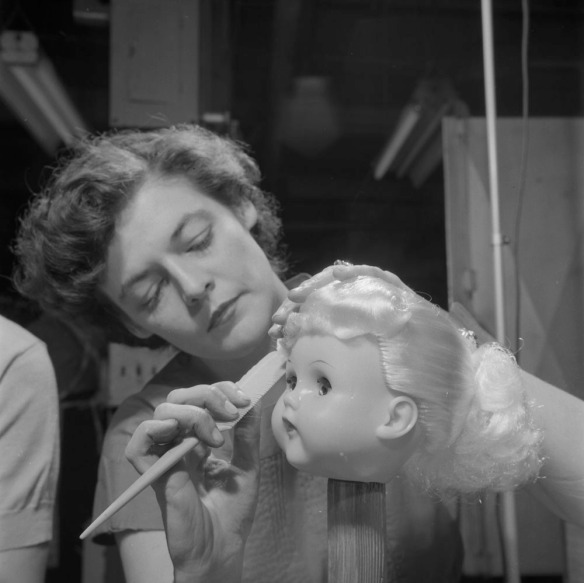