When Canadian troops joined the action on the western front, there were no official military photographers. The front line was unsafe for commercial photographers, and officers and men were not allowed to use personal cameras. As a result, there are no official photographic records of Canadian participation in early battles, such as the Second Battle of Ypres, in April 1915.

The Canadian War Records Office, established in January 1916, immediately recognized the importance of photography, both for keeping a lasting documentary record of the war and for boosting morale. The first official Canadian war photographer was appointed in April 1916. That same year, the first of several immensely popular exhibitions of official Canadian war photographs was unveiled at the Grafton Galleries, in central London. 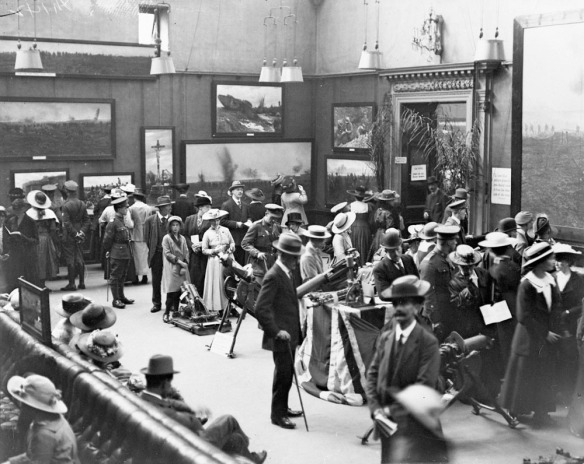 Today, Library and Archives Canada’s (LAC) holdings include most of the negatives created by Canada’s official war photographers, preserved in their original glass plate format. These are some of the most poignant, horrifying, and yet compelling images in LAC’s photography collection.

The Great War, the Persuasive Power of Photography, a new exhibition at the National Gallery of Canada, curated by Ann Thomas, incorporates many of these negatives in the near-exact recreation of one entire room from the second Grafton Galleries exhibition, held in 1917. The room, which is designed to put the modern viewer in the shoes of a viewer from 1917, features a dramatic to-scale reproduction of a photograph of the Battle of Vimy Ridge, called the largest photograph ever made during its time. It also includes a cropped version of this photograph of Canadian troops after the battle. 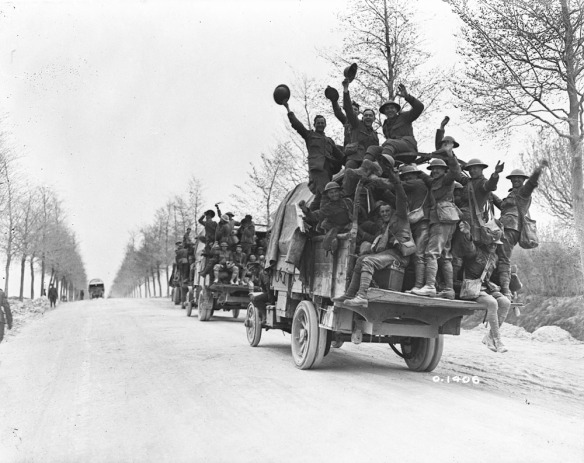 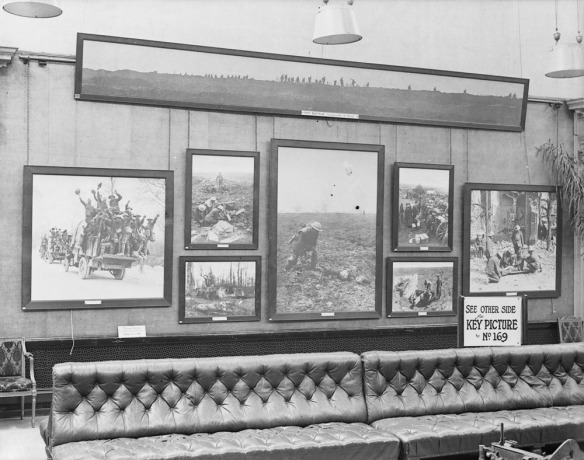 View from inside the Grafton Galleries, London, at the Second Exhibition of Canadian Battle Pictures, July 1917 (MIKAN 3394834)

See other images reproduced for the room or visit the exhibition at the National Gallery of Canada from June 27 to November 16, 2014.

3 thoughts on “Step back in time: Library and Archives Canada helps the National Gallery of Canada recreate a First World War exhibition experience”