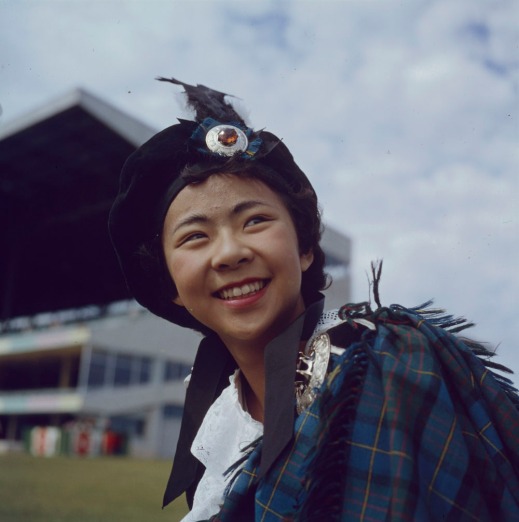 Tartan is a multicoloured cloth pattern of criss-crossed horizontal and vertical bands. Traditionally, tartan is made with wool, but other kinds of materials may be used. Scotland and kilts in particular are associated with tartan patterns; however, the steady immigration of Scots to Canada created a special environment for tartan in this country. Cultural events, such as Highland games across Canada, showcase the various patterns seen in kilts, jackets, blankets and clothing accessories. For less traditional clothing, these patterns are often referred to as plaid. There are unique Canadian tartans, such as the provincial and territorial patterns, most of which are registered with the Court of the Lord Lyon. This court regulates Scottish heraldry, including tartan patterns. Canada’s green, gold, red and brown tartan, known as the “maple leaf,” became an official national symbol in 2011.