A note to users

Many of these records contain terms that were commonly used during the First World War but are now unacceptable and offensive. The use of these terms by military authorities is evidence of the racism faced by Black Canadian soldiers.

As described in the “Serving despite segregation” blog, No. 2 Construction Battalion was the first and only segregated Canadian Expeditionary Force unit in the First World War. Library and Archives Canada (LAC) has identified and digitized records relating to the unit to make its story, and the individual stories of the men who belonged to it, easy to explore and understand.

Archival records contain details about the individuals who served in No. 2 Construction Battalion. Each story is unique and evocative.

You can find the men’s individual personnel records by searching their names, or by entering “No. 2 Construction Battalion” in the “Unit” field in our database. Each file has been completely digitized and includes detailed information about the individual’s life, family and military service.

Friends and families serving together

Personnel records can also tell collective stories. We know that men often joined-up in small groups of family, friends or co-workers in hopes of serving together.

Here are two strategies to find and explore these small groups within the unit. Start by identifying all of the men, by entering “No. 2 Construction Battalion” in the “Unit” field in our database, then:

For example, we can see that these two men were brothers:

For example, we know that the Bright brothers joined up together because they were assigned sequential service numbers. We also discover that the men with numbers on either side of them—who would have been standing next to them in the recruiting office in 1916—were all of similar age and occupation, and lived within a kilometre of one another in St. Catharines. How did they know each other?

To explore Black Canadian history more widely, you can also find out about the civilian lives of many of the men by entering their names in other LAC databases in the “Ancestors Search” section of our website: 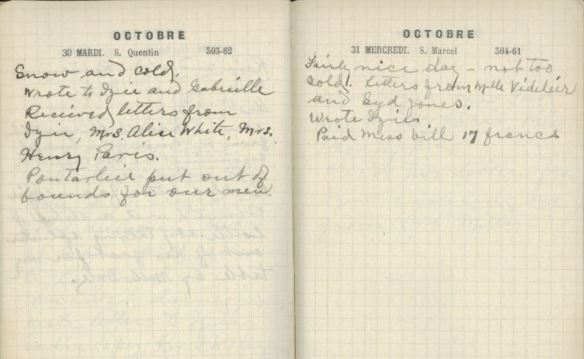 Day-to-day life in the unit

How the Canadian military managed the unit

LAC has digitized about half of the administrative, organizational and historical records relating to the unit. These documents provide insights into how the Canadian military managed the unit and the men belonging to it.

Basic information about the unit

Note that LAC holds many other photos showing Black soldiers, but these cannot be found in a regular search, since that information was not included in the original title.

Digitised records of courts martial involving members of No. 2 Construction Company and other Black men are available on Canadiana.org (Please note that the list below may not be complete)

Andrew Horrall is an archivist at Library and Archives Canada. He wrote the blog and, with Alexander Comber and Mary Margaret Johnston-Miller, identified records relating to the battalion.

Library and Archives Canada (LAC) holds the largest collection of records documenting No. 2 Construction Battalion, a segregated unit of the Canadian Expeditionary Force in the First World War. They wanted to fight, but racist attitudes among political and military leaders, and in society in general, prevented them from serving in the front lines. Instead, the unit was assigned to the Canadian Forestry Corps. The men spent the war in the French Alps, cutting down trees, milling raw logs into finished lumber and transporting the wood to the railway. The work was vital, since huge quantities of wood were needed to build and reinforce front-line defences, but it was far from the type of service that the men had hoped for.

The unit was mobilized at Truro, Nova Scotia, in July 1916. It recruited from established Black communities in the Maritimes, southwestern Ontario, and across Canada, the Caribbean and the United States. At least two members were from much farther away: Cowasjee Karachi (regimental number 931759) came from modern-day Yemen, and Valdo Schita (regimental number 931643) was born near Johannesburg, South Africa.

Lt. F.N. Ritchie, Lt. Courtney and a few of the enlisted men of the Canadian Forestry Corps in France. This is the only photo of the unit held in the collection at LAC (a022752)

While the unit was composed of Black men, the officers were white, apart from the chaplain, Captain William “Andrew” White.

The unit is referred to by both the terms “battalion” and “company” in archival documents and published sources. It was originally created as a battalion, a unit composed of about 1,000 men in the Canadian Expeditionary Force. When only about 600 men arrived in England in 1917, military authorities redesignated it as a company, which better reflected its size.

The unit returned to Canada at the end of the war and was officially disbanded in September 1920. The story of No. 2 Construction Battalion faded over time, until families, community members and historians began recovering it in the early 1980s. By that time, there were only a handful of surviving members.

Many of the records documenting No. 2 Construction Company contain terms that were commonly used during the First World War but are no longer acceptable. LAC has replaced such terms in descriptions, but they are still found in many of the original documents. The use of these terms by military authorities is evidence of the racism faced by the men in the unit.

Andrew Horrall is an archivist at Library and Archives Canada. He wrote the blog and, with Alexander Comber and Mary Margaret Johnston-Miller, identified records relating to the battalion