Libraries have always been special places for me. When I was young, my grandmother worked as a reference librarian at my local library, making my visits to the library extra memorable. I have always appreciated the scope of what you could find within the walls of a library: I loved the books, the magazines and chatting with the librarians about new arrivals. But the thing I loved most (and still love most today) about libraries are the buildings that house library collections, especially historic Carnegie library buildings. Carnegie libraries are distinctive buildings built in the late 1800s and early 1900s by Andrew Carnegie to promote free library access in North America and the world. 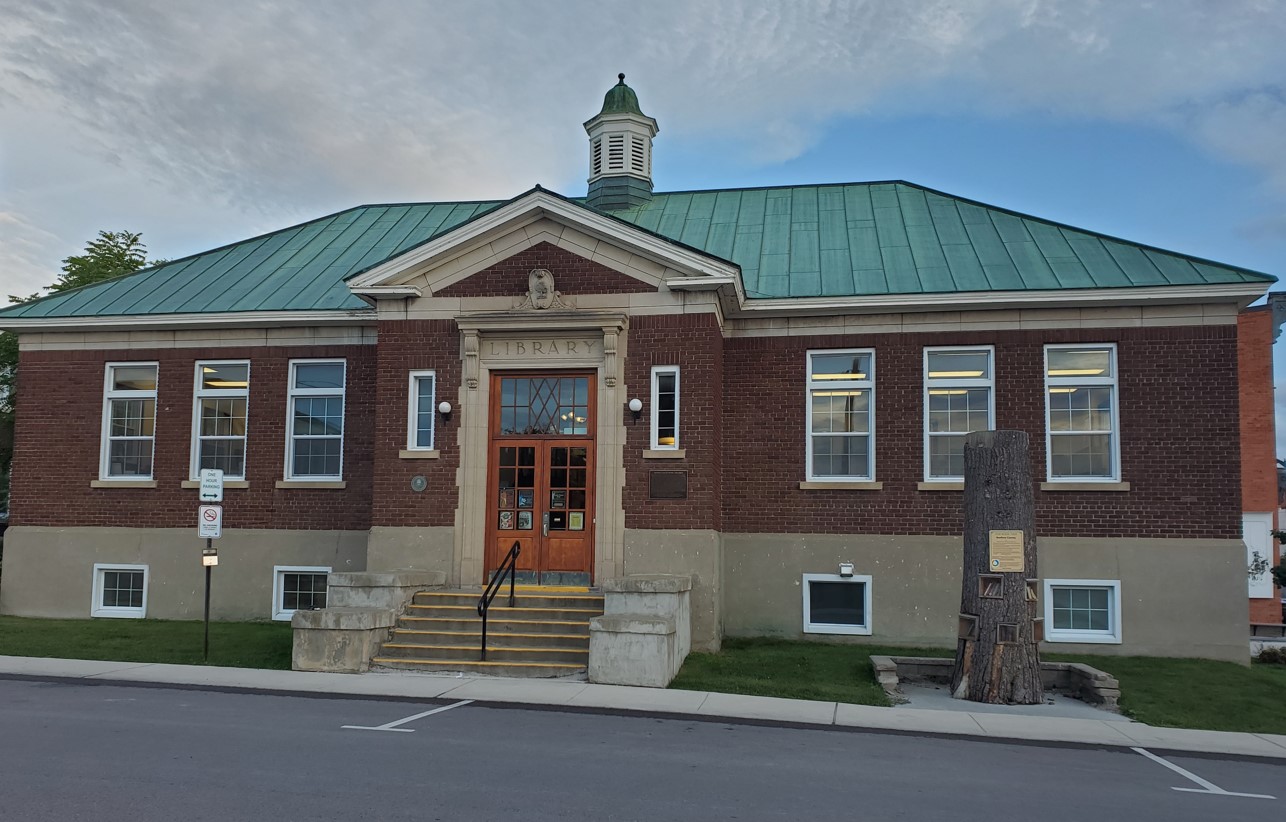 The Renfrew Public library, built in 1919/1920 and funded by a Carnegie grant. Photo credit: Sara Chatfield

To me, Carnegie library buildings have a majestic yet welcoming appearance. The early buildings (1901–1905) were not designed according to standardized plans. The architects, who hailed from Canada and the United States, were free to use their imaginations. Later buildings have similar design elements, such as arched windows, cupolas, porticos and symmetrical columns.

I am not alone in my love of Carnegie library buildings. A former Ontario Minister of Citizenship and Culture once wrote that “Carnegie libraries represent a significant part of the cultural history and architectural heritage of Ontario.”

Carnegie libraries would not have existed without Andrew Carnegie and his lifelong love of libraries and learning. Andrew Carnegie (1835–1919) was born in Scotland and immigrated to the United States with his family in 1848. He amassed a fortune with his Carnegie Steel Company, which he sold in 1901. He placed the money from the sale in trust for philanthropy, which became his main occupation. In total, the philanthropist gave grants to build 2,509 free public libraries to English-speaking communities worldwide. Andrew Carnegie believed the best way to provide free education and foster growing communities was to establish public libraries.

The Vancouver Public Library (right) opened in 1903 with funding from a Carnegie grant. Since 1980, this building has served as the Carnegie Community Centre, which houses a library branch on the main floor. (a009531)

Carnegie provided the grant for each library building, but did not contribute funds towards the purchase of books or staff salaries. To secure a Carnegie grant for a library, cities and towns had to fulfill the “Carnegie Formula.” Among other criteria, this formula stipulated that cities provide the site, guarantee an annual budget and ensure free public access. Many applications for grants were refused because a town or city already had adequate library services or would not be able to guarantee the yearly funds needed for the upkeep of the facility. Some communities did not apply for or accept money from the Carnegie foundation, as they viewed Andrew Carnegie as a robber baron and disapproved of his business methods.

The former Perth Carnegie Library, now known as the Macmillan Building. The two-storey library was designed in the Beaux-Arts style by renowned architect Frank Darling. The building was severely damaged by fire in 1980 and restored in 1982. Photo credit: Emily Tregunno

I have always found it interesting that the Carnegie Foundation gave grants to build libraries in both small towns and large cities. For example, in 1901, a grant was given to Ayr, Ontario, whose population was 807. At the time of construction of its Carnegie library, Perth, Ontario, had a population of slightly more than 3,500 residents.

Many library collections outgrew their original Carnegie library buildings. Some of the buildings have been torn down, some have been damaged by fire, some of the buildings have been repurposed, and some municipalities have chosen to expand and renovate. Ottawa’s Rosemount Branch, originally known as the Ottawa West Branch, is an example of a Carnegie building that has undergone substantial renovations. Interestingly, the 1917 grant to build the Ottawa West/Rosemount Branch was the last of its type given in Canada.

The Dawson City, Yukon, Carnegie Library. The grant for this library was given in 1903. The building was designed by Robert Montcrieff. Construction was completed in 1904. (a016721-v8)

Unfortunately, some communities could not sustain the financial strain of maintaining a library. The Dawson City library, built in 1903/1904 was popular and well attended. However, by 1920, the city’s population had shrunk to fewer than one thousand people, and the city could not continue to fund the institution. In 1920, the building was sold to the Masonic Lodge. 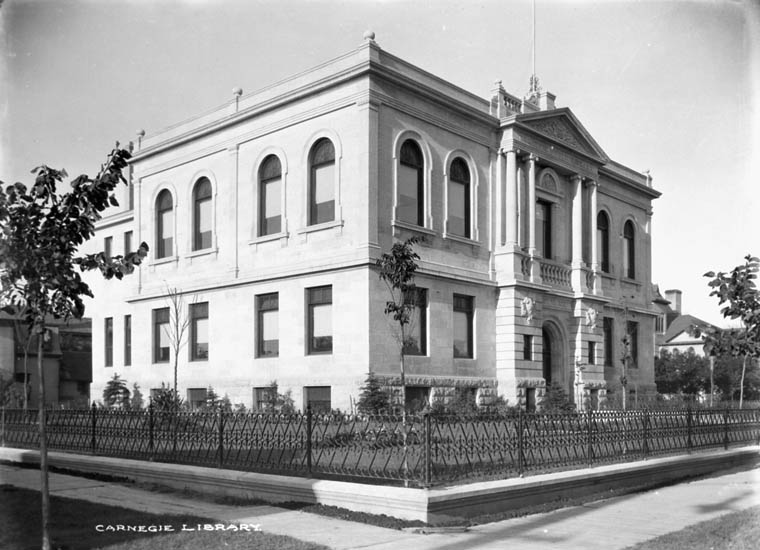 From 1995 to 2013, the Winnipeg Carnegie Library building was home to the City of Winnipeg Archives. According to a 2019 report by the Association of Manitoba Archives, construction was under way in 2013 to transform the former Carnegie Library into state-of-the-art facilities for the municipal archives, when an intense rainstorm damaged the roof and sent staff and the archive holdings to a temporary warehouse location.

Of the 125 library buildings built in Canada from 1904 to 1922, approximately 20 have been demolished. Several of the buildings are still being used as libraries as originally intended.

Keep an eye out for these historic buildings. You might come across one in a small town near you!

Sara Chatfield is a project manager in the Exhibitions and Online Content Division at Library and Archives Canada.