In the spring of 2016, Library and Archives Canada (LAC) digitized A General Statement and Report relative to the Disturbances in the Indian Territories of British North America, more commonly known as “the Coltman Report.” Its digitization was in support of the 200th-anniversary events commemorating the Battle of Seven Oaks, organized by the Manitoba Métis Federation in June 2016. 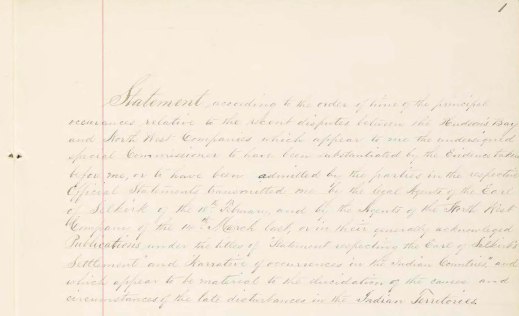