Library and Archives Canada’s (LAC) Prime Ministers and the Arts: Creators, Collectors and Muses exhibition looks at Canada’s prime ministers through the lens of their relationships with the arts. One aspect of the exhibition is an exploration of the prime minister as collector and fan. Among the items featured that explore this theme are correspondence between Sir Wilfrid Laurier and painter Marc-Aurèle de Foy Suzor-Coté, a painting from William Lyon Mackenzie King’s personal collection, and a fan letter from John Diefenbaker to artist Alma Duncan.

But the exhibition mainly focuses on the prime ministers’ libraries. If you read enough prime ministerial biographies, a pattern emerges: almost every one contains references to its subject’s prodigious reading habits. A biography of Alexander Mackenzie (OCLC 20920624), for example, notes that Mackenzie “was a greedy reader, and never tired of poring over his books.” According to the authors, Mackenzie’s family would spend their winter evenings

“sitting round the wide, old-fashioned fire-place, cheerful and ruddy with the blaze of the big logs, reading and discussing literary subjects and authors, especially Shakespeare and Byron, two prime favourites of theirs. It was a very interesting group, and its intellectual life was a fitting preparation for the future statesman. All who have heard Mr. Mackenzie speak, know that he could readily quote from the poets, and from current literature, and that his addresses were invariably pitched on the high plane of presupposing intelligent hearers.”

Sir John A. Macdonald, too, was known for quoting from literature in his speeches, according to biographers. In his book about Macdonald (OCLC 2886256), Joseph Pope claimed Macdonald was an “omnivorous” reader, meaning that he would read almost anything, but his favourite genre was political memoirs. Sir Robert Borden studied classical languages. The Thomas Fisher Rare Book Library at the University of Toronto now holds a number of very old Greek and Latin books that contain Borden’s bookplate; one of these, a 1725 edition of writings by Cicero, is currently on loan to LAC for the exhibition. Mackenzie King was an avid reader who regularly commented in his diary on the books he had been reading. Many of his books are now in LAC’s collection, but a portion of his extensive library remains on view in his study at Laurier House.

Each of the prime ministers likely had favourite books and authors—Macdonald was a devotee of novelist Anthony Trollope, and King was so enamoured with poet Matthew Arnold that he began collecting books from Arnold’s own library. 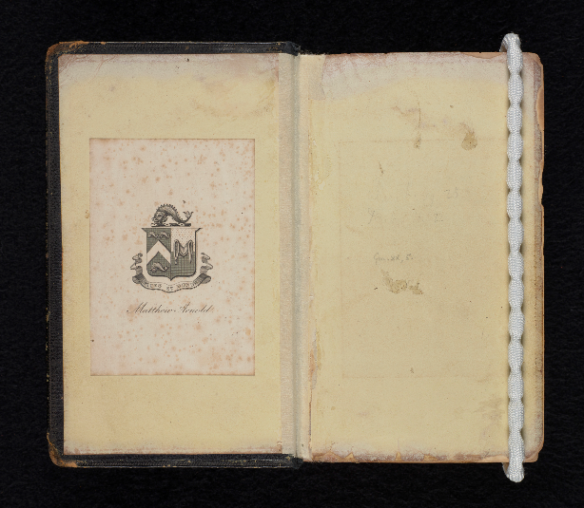 Bookplate of Matthew Arnold affixed to the inside front cover of The Holy Bible (Oxford: Clarendon Press, 1828), from the Collection of Books from the Library of William Lyon Mackenzie King (OCLC 1007776528) Photo credit: Library and Archives Canada

But Arthur Meighen stands out among them all for his dedication to one particular literary figure: William Shakespeare. Meighen was known to be able to quote long passages of Shakespeare from memory. In 1934, during an ocean voyage to Australia, he composed and memorized a speech on Shakespeare, which he entitled “The Greatest Englishman of History.” Meighen delivered this speech a number of times; one address, at the Canadian Club in Toronto in February 1936, was recorded. This recording was eventually released on vinyl (OCLC 981934627), giving Meighen the unusual distinction of being the first Canadian prime minister ever to release an album. 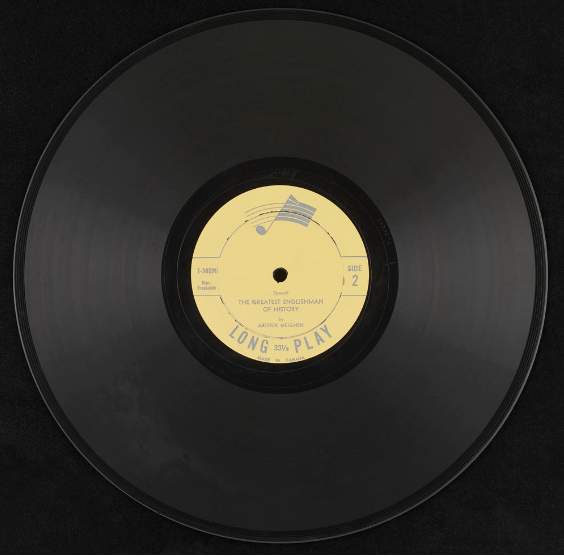 Photograph of the vinyl record The Greatest Englishman of History by Arthur Meighen (OCLC 270719760) Photo credit: Library and Archives Canada

You can hear a clip of the audio recording of Arthur Meighen delivering his speech “The Greatest Englishman of History” in the Prime Ministers and the Arts episode of the LAC podcast.

The exhibition is open at 395 Wellington Street in Ottawa until December 3, 2019.